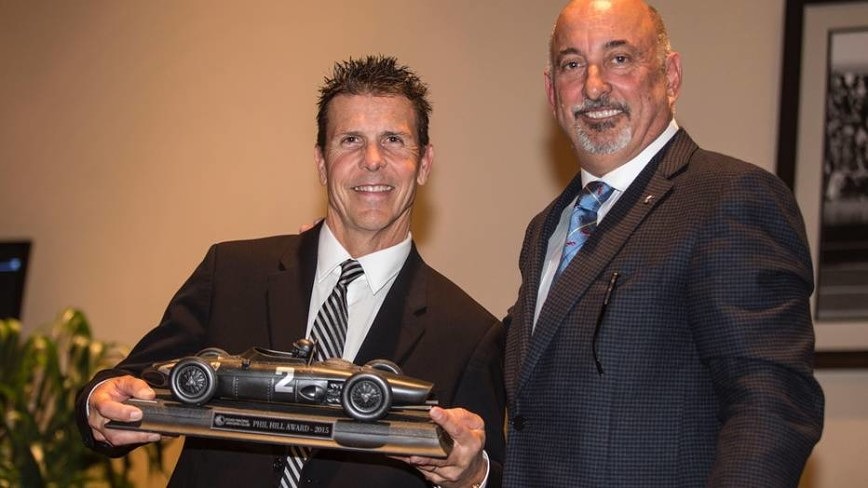 Scott Pruett, a racer with a record 60 victories in IMSA competition, was honored by the Road Racing Drivers Club with the 2016 Phil Hill Award. RRDC president Bobby Rahal made the presentation at a dinner on Jan. 27 prior to the running of the Rolex 24 at Daytona, the season opener of the 2016 IMSA WeatherTech SportsCar Championship.

The Phil Hill Award has been presented annually since 1993 to the person whom the RRDC feels has rendered outstanding service to road racing. The recipient may be a driver, entrant or outstanding member of a sanctioning body. It is named in honor of America’s first Formula One world champion (in 1961), and is not only a tribute to his masterful accomplishments on the racetrack, it recognizes his contributions as a great ambassador for the sport. Hill passed away in 2008.

All News
Copyright ©1997-2023 by Race Legends, Inc. All Rights Reserved. Other Content Copyright of Their Respective Owners. | Website by Torsion Mobile