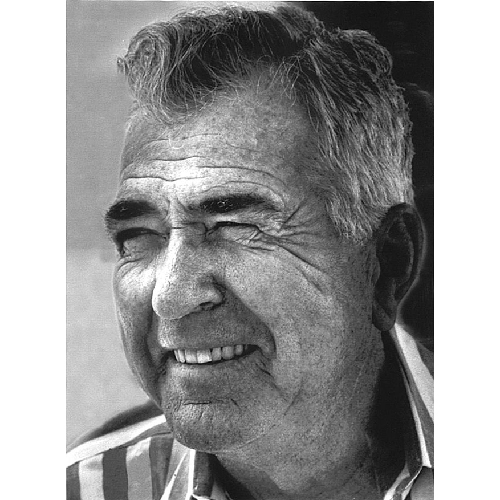 LOS ANGELES, CA – January 3, 2006 — Motor racing icons Phil Hill and Carroll Shelby have been selected co-recipients of the seventh annual Eagle One-Shav Glick Award, based on voting by a panel of national and California motorsports writers.

Presented by car-care products company Eagle One in honor of the long-time motorsports writer for the Los Angeles Times, the award will be presented to Hill and Shelby during pre-race ceremonies at the NASCAR Auto Club 500, February 26, at California Speedway.

Hill, in 1961, became the first American to win a Formula One world championship. He also won the 24 Hours of LeMans three times, the 12 Hours of Sebring three times and numerous other national and international racing events.

Shelby, who was inducted into the Automotive Hall of Fame in 1992, has gained fame as a driver, designer/builder and team manager. In 1959 he won the24 Hours of LeMans and also set land speed records at the Bonneville Salt Flats. After health problems caused his retirement as a driver in 1960, the Cobra sports car he designed and built became the first American-conceived car to win the World Manufacturers Grand Touring Championship in 1965. As a team manager he helped Ford GT win the World Grand Touring title.

Said Glick of both icons, “Hill and Shelby are both products of that era in the 1950s and 60s that has become known as the glory years of sports car racing, a time when ingenuity and industry were rewarded in the racing fraternity. Both were winners and both carried the California trademark with great success on the world racing scene.”

President and Co-founder of Race Legends.

Share:
Jim Hall and the Chaparrals Return to Road America