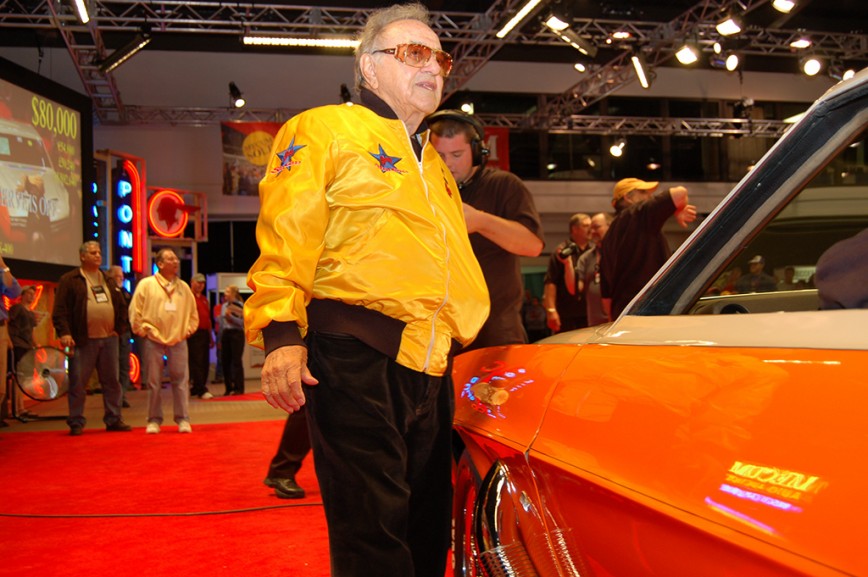 George Barris, the original King of the Kustomizers, the man whose drive and vision nurtured and promoted the art of the custom car and whose shop built some of the most iconic TV and movie cars ever made, has passed away. Barris died Wednesday night after having battled a brain tumor for some time. He was 89.

I had the privilege to meet and work with George in 2009 when one of his creations, the 1969 AMC AMX-400, was offered for sale by Mecum Auctions. He was very easy to work with, was happy to do autograph sessions with the public and clearly enjoyed being in the limelight.